Starting with 130nm processes, a Chemical Mechanical Polishing (CMP) step has been adopted in the manufacturing process to flatten wafer surface between each metal layer.

Designers have to insert “dummy tiles” into empty areas of their design to help flatten the surface for each metal layer, since metal density variations badly impact the CMP process.

This step, called metal filling or planarization, is necessary for most advanced processes to increase the foundry yield.

These additional polygons, though electrically inactive, may add parasitic effects, which must be taken into account early in the design process to ensure correct behavior and timing of the chip.

GTsmooth performs metal filling in two steps: at first a rule-based method is used to insert as much metal fill as possible, while respecting design rules.

Then a second step, based on a process-specific topology simulation, removes as many fill patterns as possible.

This results in a reduction of up to 95% filling, leading in turn to dramatically reduced parasitics and timing issues.

GTsmooth is ideally suited for the most ambitious designs, which cannot afford any performance impact due to the metal filling step. 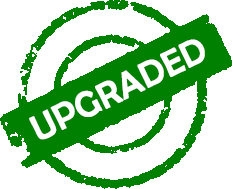