Grenoble – October 15th, 2019 – Thanks to our customers’ feedback, today we unveil a new release. It brings a major improvement in resizing geometries and many small but useful features or improvements in other tools. This goes from graphic user interface enhancement to the addition of new options that greatly simplify the integration in any production flow.

A major improvement has been made in this new release in our boolean operation tool (GOTpop). We have introduce a hierarchical mechanism. This feature allows to perform a resizing (positive or negative) of the geometries while keeping the hierarchy. Resizing is context dependent and an undersized cell may be derived in multiple alternatives, but the whole hierarchy remains consistent with original one. With this new mechanism, we improve drastically the performances in many situations.

Many new functions have been added to TCL interpreter available in our MPW assembly tools (GOTmuch) and Mask Set Editor (GOTmask). These functions allow even more powerful scripting to automatize mask production.

For example, in stitching 2D projects, these new functions helps the user to generate easily  step plans and wafer maps: 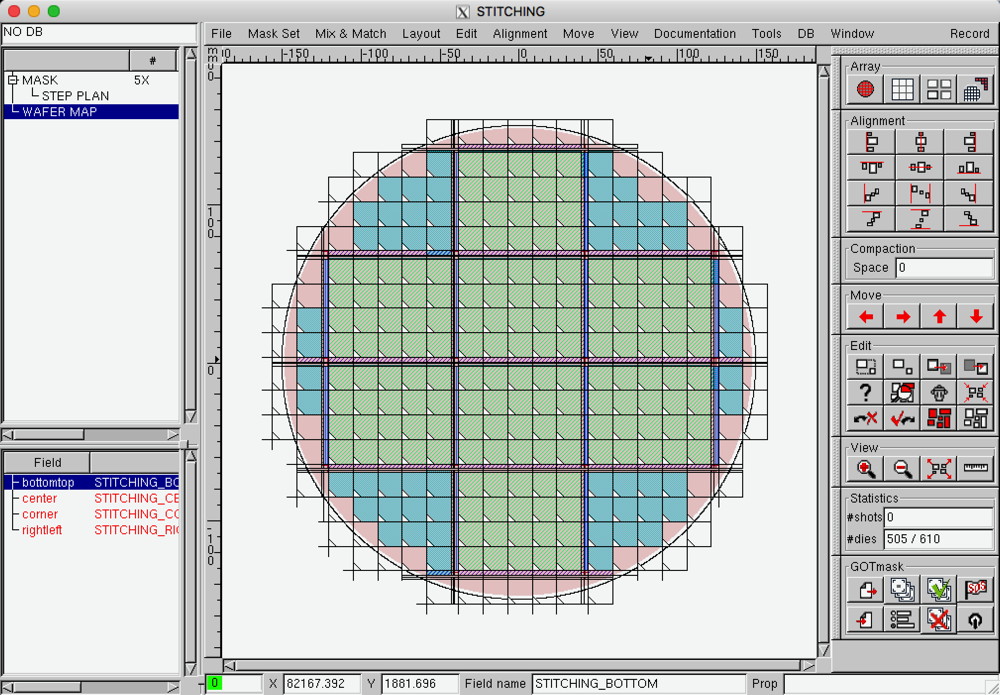