GTstyle offers all the options to quickly generate dummy fill with any kind of process or design constraint. 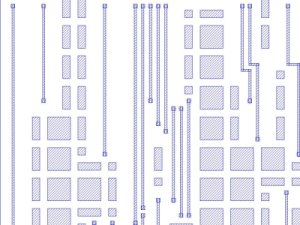 As GTstyle already offers a fast and efficient way to interconnect dummies between layers, it becomes very easy to build a 3D network of grounded dummies, replacing the floating capacitance by an efficient shielding structure.

Interconnections between dummies are taken into account within density calculation as well as antenna rules if required. 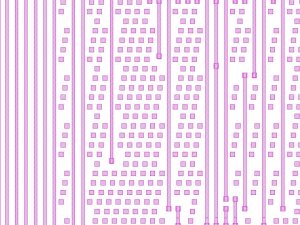 Non orthogonal arrays management is an Oasis feature not available with GDSII files. GTstyle includes a proprietary optimization algorithm in order to avoid a dramatic increase of database size in such a case.

Of course all these new features can be used simultaneously. Thanks to its open interface, GTstyle can easily be integrated in any design flow to take into account critical nets and deal with specific distance rules to identified wires.