Kalray, a French startup has developed an advanced array processor including 256 cores. This chip has been designed using TSMC 28nm process.

Combining huge designs with complex process rules as lead to a bottleneck regarding layout finishing.

Thanks to their performances and their flexibility, XYALIS tools were successfully used to achieve this complex task.

GTstyle, the dummy filling engine, allowed to fully customize the dummies generation for the analog parts in order to fulfill all designer requirements as well as 28nm design rules.

For example, it was possible to automatically generate mirrored dummies on user-defined windows for highly critical parts.

It took only a couple of days to setup the DRC compliant procedures fully driven by designer constraints.

Dedicated procedures provided by the foundry didn’t allow such a customization.

On the other hand, XYALIS is the exclusive distributor of SmartMRC, an advanced Mask Rule Checker developed by SIINT (Japan), for Europe and USA.

This tool was used onto the final database to detect any line interruption in upper metal layers.

This kind of defect on some power lines can’t be seen as DRC errors but may lead to power drop failures on the chip.

Thanks to advanced features of SmartMRC, checking procedures were setup and allowed to perform a quick validation of the whole power grid of the chip.

Finally, GTcheck was used for final database qualification and GTlabel was used for generating DRC and mask compliant text and labels.

Typically, GTcheck has pointed out some off grid coordinates that may lead to mask writing issues. 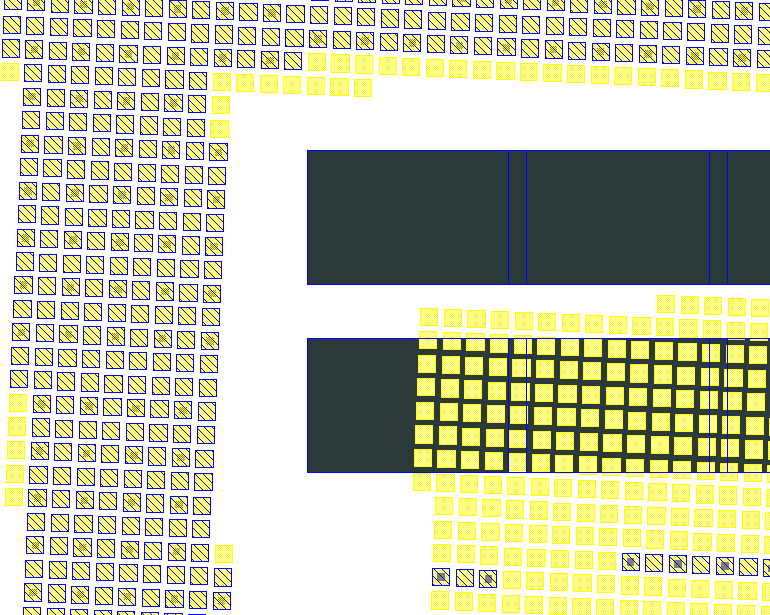 Example of metal dummies, along a non orthogonal grid, self-aligned (Meti / Meti-1) with via dummies 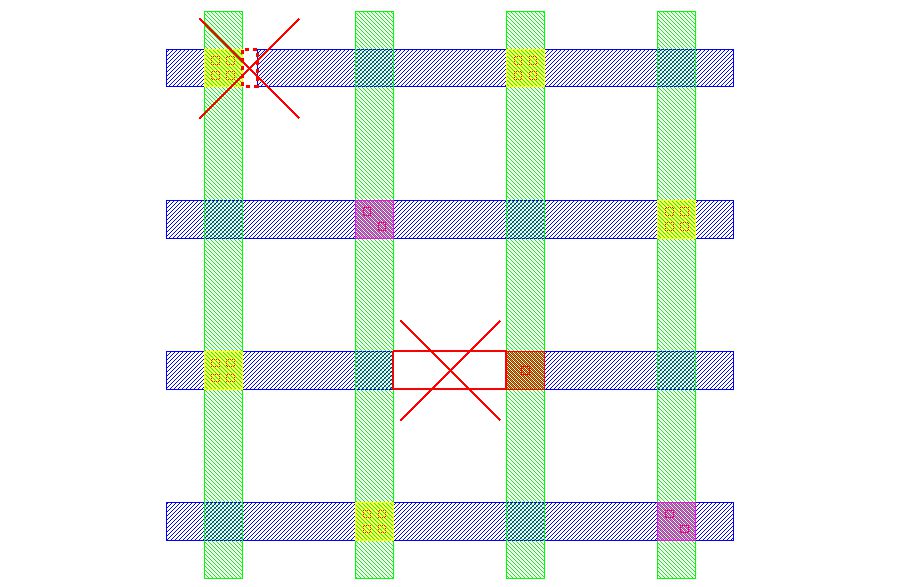 GTlabel : quick and easy identification of cells and versions, including special fonts such as barcodes or OCR compliant fonts